#BookFaceFriday “Three Versions of the Truth”

This week’s #BookFaceFriday will blow you away! 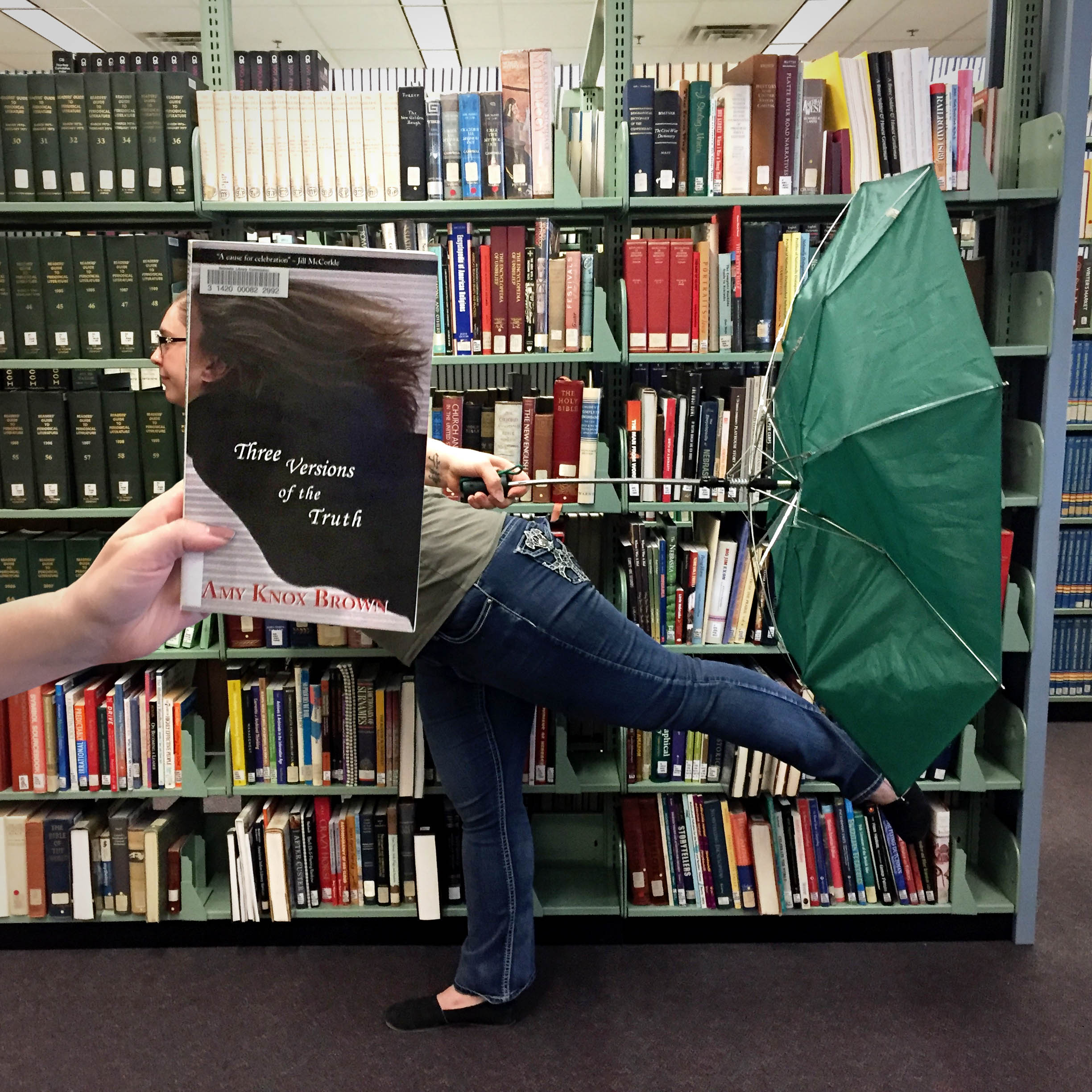 “Her characters are alive and compelling; each story is a satisfying world to be entered and explored. Ms. Brown’s native Nebraskan landscape flourishes on these pages —descriptions you want to read slowly and then again.” —Jill McCorkle

#BookFaceFriday “Broken For You” by Stephanie Kallos 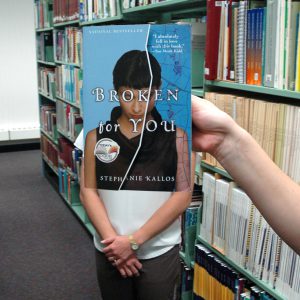 We love highlighting Nebraska authors, especially those we offer in our Book Club Kits, like Stephanie Kallos’s “Broken For You” (Grove Press, 2004)! This national bestseller was a 2006 One Book One Lincoln finalist and a Today Show Book Club selection. 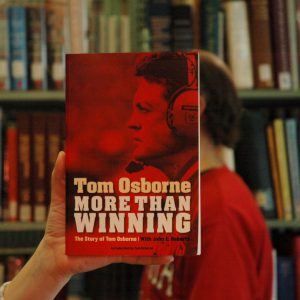 According to the New York Times “bookface involves strategically lining up your face or another body part alongside a book cover that features a matching body part so that there appears a melding of life and art.” 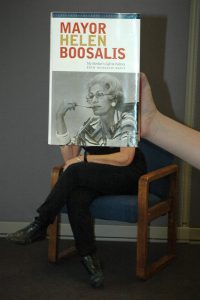 To highlight some of the Nebraska 150 books, we’ve been posing Library Commission staff (and sometimes their kids!) for our own Bookface Fridays. It’s trickier than you’d think! Fortunately we have a photographer with a great eye, and some good-natured staff!

You can see past bookface photos on the Center for the Book’s Facebook page, or check in every Friday to see the latest shot!

Has anyone at your library posted a #bookfacefriday?

On Jan. 9, 2017 Governor Pete Ricketts signed a proclamation honoring 2017 One Book One Nebraska: Black Elk Speaks by John G. Neihardt. In this year people across Nebraska are encouraged to read this novel. The story of the Oglala Lakota visionary and healer Nicholas Black Elk (1863-1950) and his people, offers readers much more than a glimpse of a vanished time. Black Elk’s searing visions of the unity of Humanity and Earth, conveyed by John G. Neihardt, have made this book a classic that crosses multiple genres and generations. The 2017 One Book One Nebraska selection is among 150 books chosen to highlight the 150th year celebration of Nebraska’s statehood. Rod Wagner, Director of the Nebraska Library Commission, presented the governor with a copy of the book. “The John G. Neihardt Foundation and State Historic Site in Bancroft is honored to take part in sharing this story, as well as our heritage and history, together with Nebraskan readers and beyond,” said Amy Kucera, Executive Director at the John G. Neihardt State Historic Site. “This transcendent tale is a true gift – created from a remarkable past so we might better understand the present, it continues to inform and inspire the future as each generation takes its turn through the pages.”

Photos of the proclamation-signing ceremony are available online.

The One Book One Nebraska reading program is entering its thirteenth year and is sponsored by the Nebraska Center for the Book, Nebraska Library Commission, John G. Neihardt Foundation & Nebraska State Historical Society, University of Nebraska Press, Humanities Nebraska, and Nebraska libraries and regional library systems. It encourages Nebraskans across the state to read and discuss one book, chosen from books written by Nebraska authors or that have a Nebraska theme or setting. Libraries across Nebraska will join other literary and cultural organizations in planning book discussions, activities, and events to encourage Nebraskans to read and discuss this book. Support materials to assist with local reading/discussion activities are available on the 2017 One Book One Nebraska web page. Updates and activity listings will be posted there and on the NCB Facebook page.

Readers are invited to hear presentations by winning Nebraska writers and book designers at the Nebraska Center for the Book’s October 29 Celebration of Nebraska Books in downtown Lincoln. Presenters will include the following 2016 Nebraska Book Award Winners:

Poets: Lin Brummels, Hard Times, and Charles Peek, Breezes on Their Way to Being Winds.

The celebration, free and open to the public, will also feature presentation of the Nebraska Center for the Book’s 2016 Jane Geske Awards to City Impact (Lincoln), Literacy Center for the Midlands (Omaha), and Platte Valley Literacy Association (Columbus) Community Reading Program for exceptional contributions to literacy in Nebraska. The Nebraska Center for the Book will also present the 2016 Mildred Bennett Awards to Nebraska poets Twyla Hansen and Marjorie Saiser at the Celebration. Hansen and Saiser will be honored for their contributions to Nebraska writing and for their service in support of Nebraska’s writers and readers.

The Nebraska Center for the Book Annual Meeting will be held at 1:30 p.m.—just prior to the 2:30-6:30 p.m. Celebration. An awards reception honoring the winning authors, book signings, and announcement of the 2017 One Book One Nebraska book choice will conclude the festivities. The Celebration of Nebraska Books is sponsored by Nebraska Center for the Book, Nebraska Library Commission, Nebraska State Historical Society’s Nebraska History Museum, and University of Nebraska Press—with support for the One Book One Nebraska presentation from Humanities Nebraska. Celebration information is available at http://centerforthebook.nebraska.gov/programs/celebration.html.