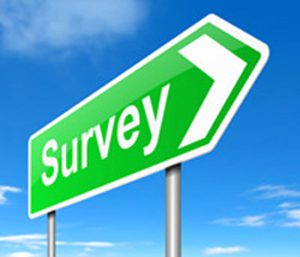 Today marks the end of the Bibliostat tip series. We will focus on the federal question of capturing and reporting the number of Wi-Fi sessions your library has in the reporting period (your fiscal year). The idea behind this is that communities may lack areas providing free Wi-Fi, and the local public library often fills that gap. The difficulty lies with how to accurately capture this data, especially in smaller libraries that lack full time IT tech support. Real time technical solutions do exist, but for most these aren’t practical. Today I’ll offer you a simple potential solution to more accurately capture a representative sample of who is using your Wi-Fi. As most of you know, data for the public library survey is sometimes estimated from captured data from an “average week”. In other words, you take a representative sample during a typical time period (e.g. for the number of library visitors you count everyone during a week in the spring, summer, fall, and winter) and then you do a bit of math to get the reported annual figures.

So the question really is how you more accurately get this sample for Wi-Fi uses? And what about the kids in the parking lot that are using your Wi-Fi? Some libraries have taken to following people around to see if they have a laptop, tablet, or smartphone, and then recording that data (called an “observation estimate”), but who really wants to do that (and it might be more than a bit creepy depending on the circumstances). So here is another option. If you have an android or apple device (e.g. smartphone) capturing these representative samples just got a little easier and a little more accurate, but it does take a bit of work during your sample time period. First, you need to get an app that tells you what devices are connected to your Wi-Fi at a particular point in time. You could search the App Store (Apple) or the Play Store (Android) at length for network scanners or terms such as who is using my Wi-Fi, but I’ll give you a couple of apps that are available for free and work fairly well. These are Fing and EZ Net Scan. In no way am I endorsing these over others; these are just two examples. You should try some out and see what might fit your needs. Downloading these apps offers you the ability, when you are connected to the library Wi-Fi, to see all the other devices that are connected to the same Wi-Fi network. So ideally you would start at a particular point in time, write down the IP addresses for the connected devices, and then re-scan every so often (say every 15-30 minutes) to see if any new devices are connected, or if a device drops connections. Once you collect the data during the sample time period, you just do your math to get an annual figure. Worst case scenario is that you capture data for a typical day and then multiply by the number of days in a year you are open. Better case is that you take a sample for a defined time period, such as a typical day during each of the four seasons (spring, summer, winter, and fall).  Shaka.

One Response to Public Library Survey Tip No. 6