The other players on the team looked at me funny when I borrowed a ball to take this photo at the end of their practice, but my kid just rolled his eyes and smiled. “Yeah, my mom does stuff like this all the time.” Being a a recurring #BookfaceFriday model has jaded him to the weird things I do with book covers. (He’s even better at lining up the shot than I am now.)

This book is also about a boy whose parents spend a lot of time with him on the soccer field. Golden Maroni’s dad was a pro soccer player, and now coaches the local high school team. His mom coaches Golden’s middle school team – she’s referred to as Coach or Mom depending on the chapter’s setting.

The title refers to Malcolm Gladwell’s assertion in his book “Outliers” that it takes 10,000 hours to achieve mastery of a skill. While Amy Makechnie specifies in her end-of-book acknowledgements that this rule doesn’t apply to sports, our hero Golden is sure that 10,000 hours of soccer practice will make him as phenomenal as his idol Lionel Messi. But off the field, things aren’t going as well.

Lucy, his team co-captain and best friend (and maybe more?), will move soon if Golden can’t drive away her annoying future stepfather. His older sister Jaimes certainly needs another 10,000 hours of driving practice before Golden feels safe riding with her. And worst of all, a year and a half after a surprising diagnosis, Golden’s dad is losing his battle with ALS; no amount of positive thinking and hard work can stop the progression of this terrible disease. It feels like Golden’s whole world is crashing down around him. The Maroni family motto is “We do hard things.” They work hard, play hard, and never give up on each other. But this year will be different, and Golden must learn that letting go isn’t the same as giving up.

This book was chosen as one of the 10 nominees that young adults across the state will read and vote on for the 2023-24 Golden Sower Novel Award next school year.

#BookFaceFriday “Half a Chance” by Cynthia Lord 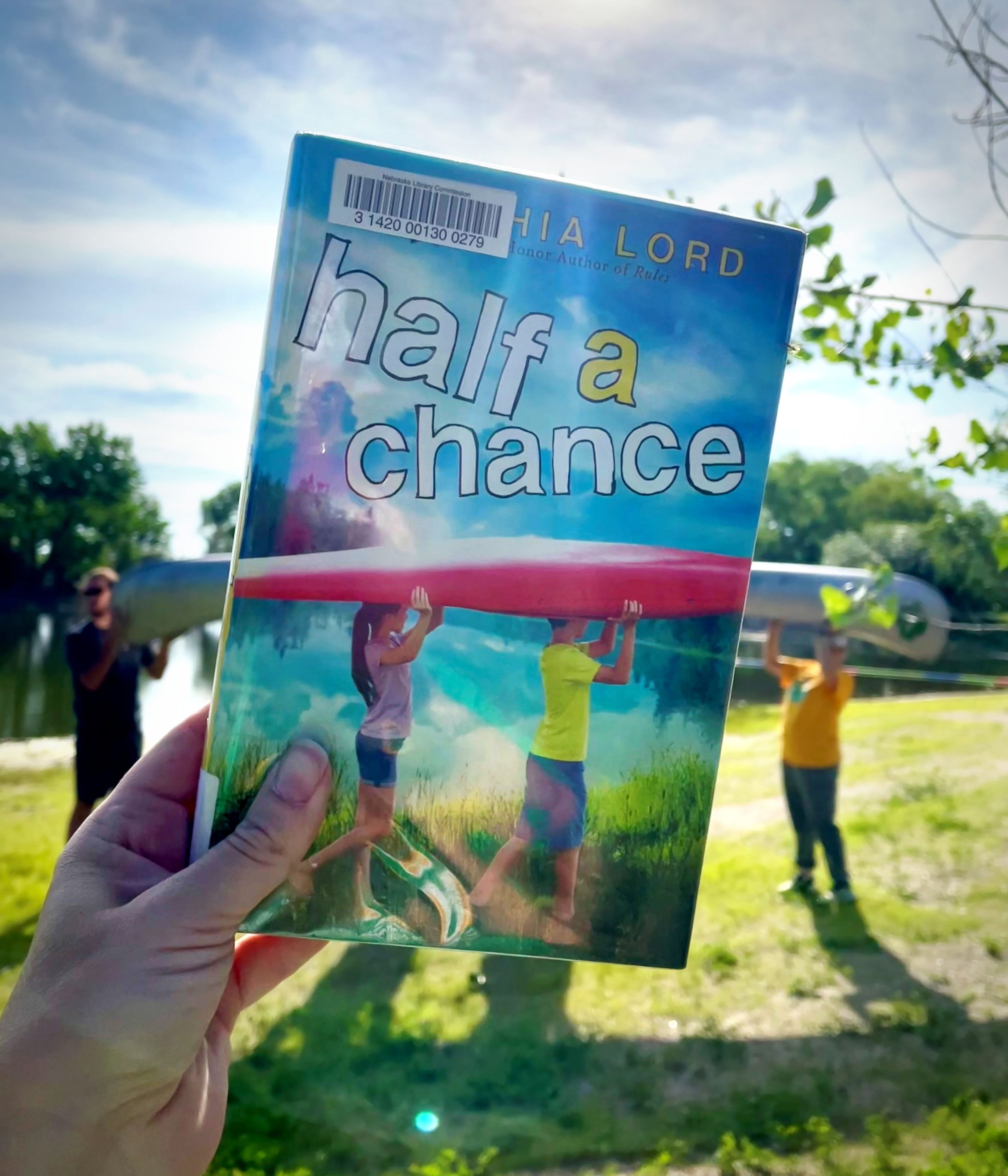 The summer camp vibes are strong with this week’s #BookFace! Take a break from the lake with “Half a Chance” by Cynthia Lord (Scholastic Press, 2016,) available in the NLC Book Club collection. Summer Reading Programs and book lists are the perfect opportunity to start some kid’s book clubs! Book clubs are a great way to fight the summer slide, encourage critical thinking, and developing social skills, not to mention another way to foster a child’s love of reading. This is your reminder that NLC’s Book Club Kits Collection is not just for adults. We have a huge collection of young adult titles that are perfect for fostering discussion. You can search the Book Club Kits Collection by selecting “Young Adult” in the Genre drop down, or by selecting a specific grade level.

“Catherine is an endearing narrator who tells her story with both humor and heartbreak… A lovely, warm read, and a great discussion starter.”

Book Club Kits Rules for Use

Let this #BookFaceFriday cast a spell on you!

This week was the Nebraska Library Association Fall Conference, and this #BookFace, “Love & Other Curses” by Michael Thomas Ford (HarperTeen, 2019), was among the free books available to Nebraska librarians at the School, Children, & Young People (SCYP) booth.

This title comes from our large collection of children’s and young adult books sent to us as review copies from book publishers. When our Children and Young Adult Library Services Coordinator, Sally Snyder, is done with them, the review copies are available for the Library System Directors to distribute to school and public libraries in their systems.

“Love & Other Curses is a book with heart—a big, generous, loving heart. Anyone looking for a deep, thoughtful story about love and life and coming of age will enjoy the relationships, the search, and the lovely magic that may or may not be a part of every person’s life.” — New York Journal of Books 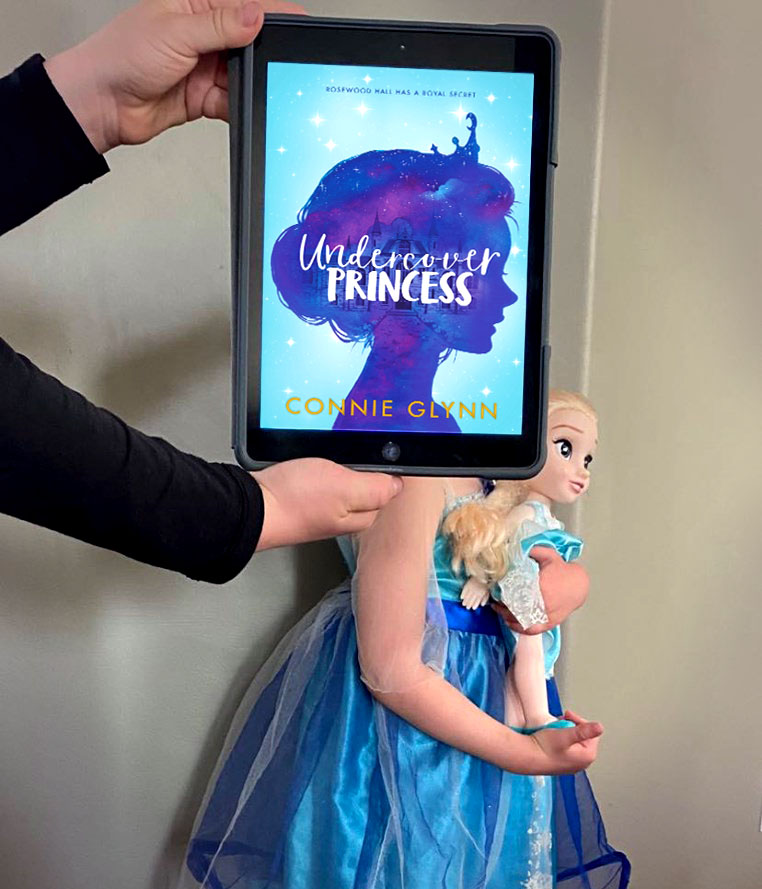 Life isn’t exactly a fairytale right now, but that doesn’t mean we can’t get lost in one. Is your little prince or princess in need of a mental escape? Don’t forget eBooks and Audiobooks are for kids too! Nebraska OverDrive is full of YA, Juvenile, and Children’s books, like this week’s #BookFaceFriday! “Undercover Princess” by Connie Glynn (HarperCollins, 2018) is available to all Nebraska OverDrive Libraries in both eBook and Audiobook format. 173 libraries across the state share this collection of 16,670 audiobooks and 28,473 eBooks. As an added bonus it includes 130 podcasts that are always available with simultaneous use.

If you’re a part of it, let your users know about this great title, and if you’re not a member yet, find more information about participating in Nebraska Overdrive Libraries!

“With a message of kindness, YouTube star Glynn’s middle grade debut, a series opener, is a story of devoted friendship and fierce loyalty that is sure to win readers over.” (Publishers Weekly)

This week’s #BookFaceFriday model is Princess Elsa! Or maybe it’s princess Margot, disguised as Elsa…. we may never know.

#BookFaceFriday “The Light in Hidden Places” by Sharon Cameron

Hello, is it a #BookFace you’re looking for? 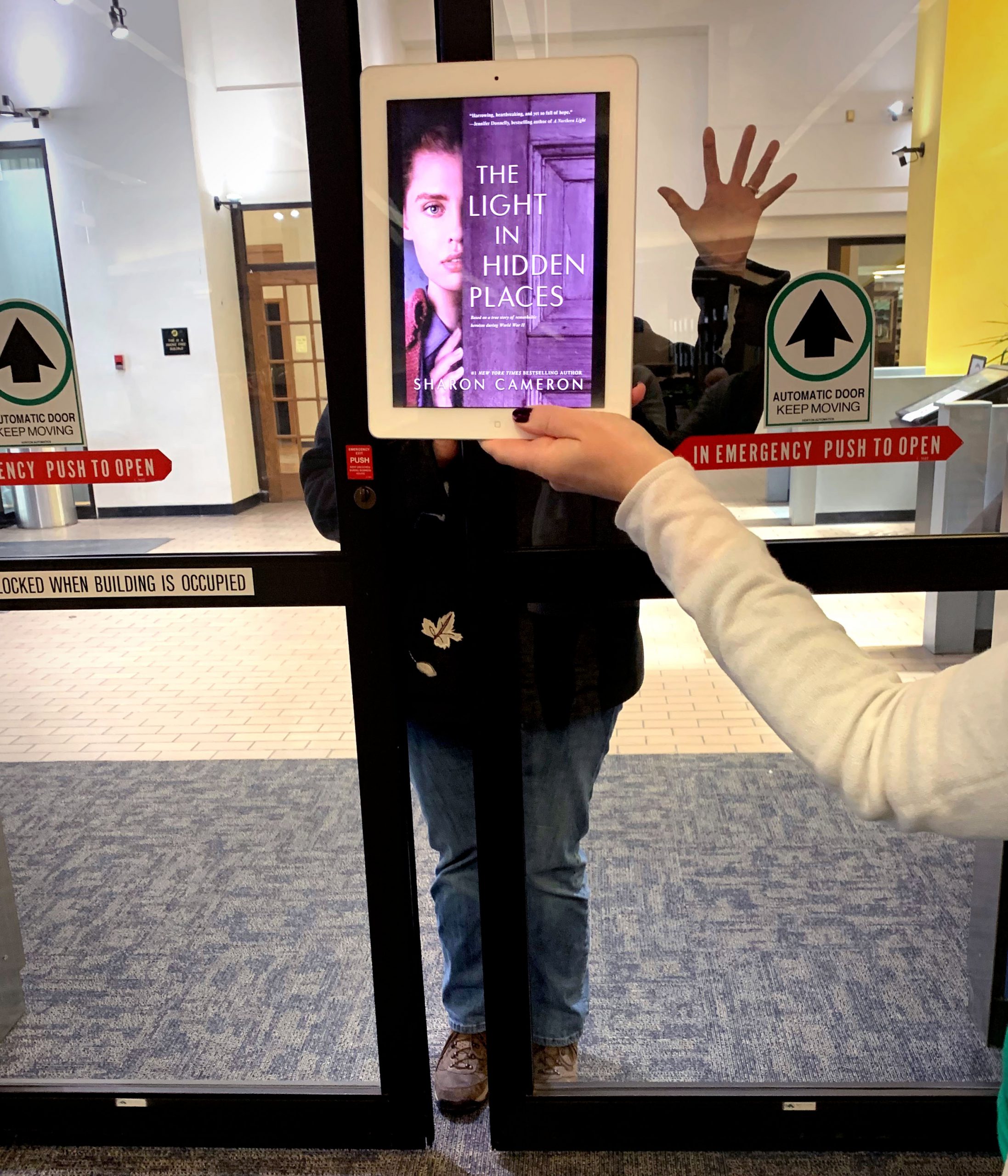 Feeling a little bit trapped lately? A little panicked as your TBR pile grows smaller and smaller? Don’t worry, you will never run out of books to read with Nebraska OverDrive Libraries. New titles are added almost daily, like this week’s #BookFaceFriday! “The Light in Hidden Places” by Sharon Cameron (Scholastic Press, 2020) is available to all Nebraska OverDrive Libraries in both eBook and Audiobook format. 173 libraries across the state share this collection of 16,670 audiobooks and 28,473 eBooks. As an added bonus it includes 130 podcasts that are always available with simultaneous use.

If you’re a part of it, let your users know about this great title, and if you’re not a member yet, find more information about participating in Nebraska Overdrive Libraries!

“Both a politically charged adventure and culture study, this thought-provoking dystopia stands firmly on its own.” — Booklist, starred review 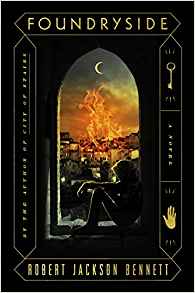 The National Book Award organization recently announced their longlists for the selected categories of literature. Here are the ten books on their longlist for young people. The winners will be announced on November 14, 2018.

Some I have read and some I haven’t even seen yet. Time to go to the library! You can challenge the young people in your community to vote on the title they think will win and display the local winner in your library. Or, you can ask them to vote for their favorite title in the Teens’ Top Ten event by October 13!

I scream, you scream, we all scream for ice cream in this week’s #BookFaceFriday. 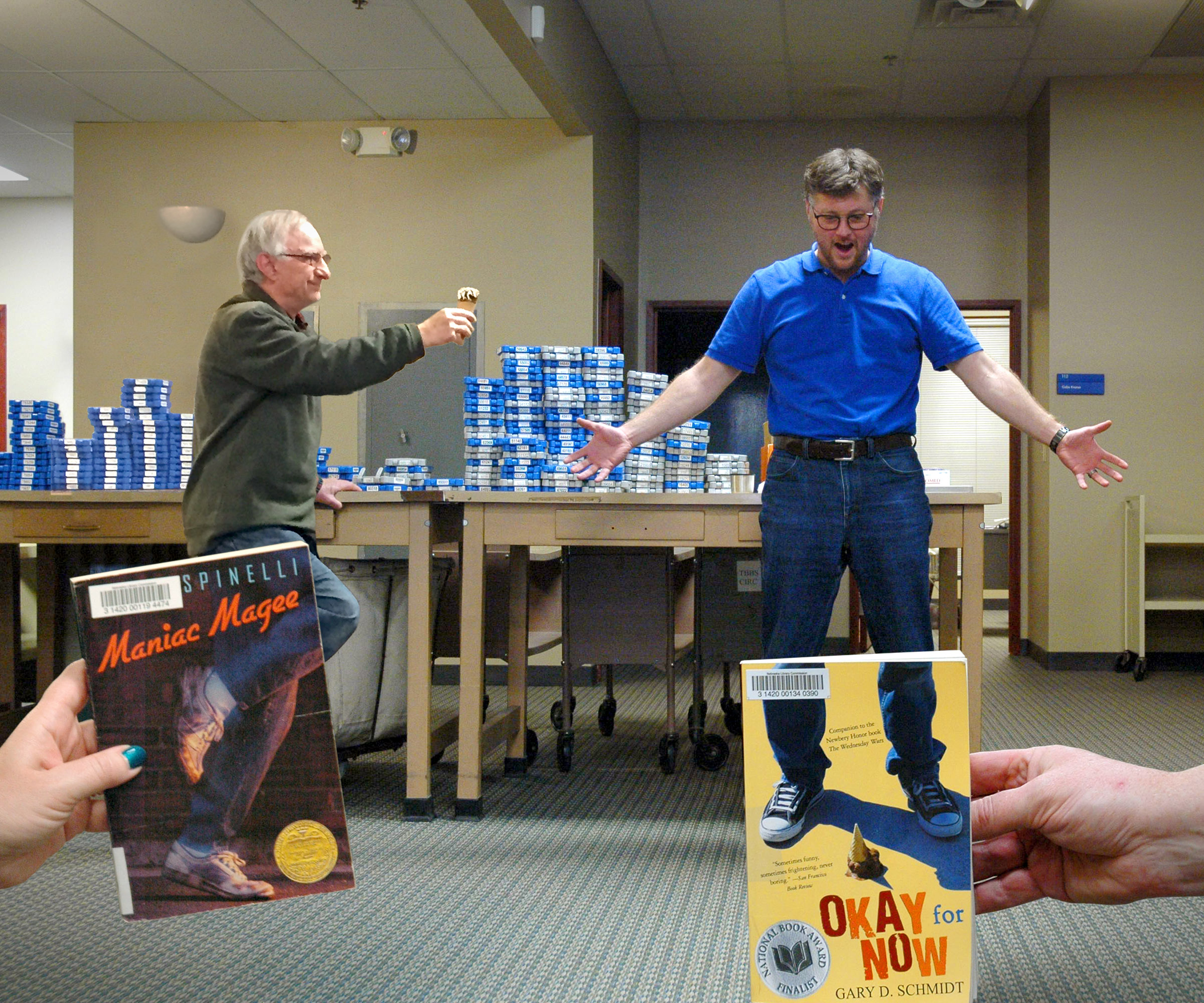 Hold onto your cone, we’ve got a two-scoop #BookFace for you this week! A few of the staff over in the Talking Book & Braille department were kind enough to help us out with this week’s Book Face (they were generously compensated with ice cream). We’re excited to highlight two great YA books in our book club collection, “Maniac Magee” by Jerry Spinelli (Little, Brown Books for Young Readers, 1999) and “Okay for Now” by Gary D. Schmidt (HMH Books for Young Readers, 2013). The Nebraska Library Commission offers book club kits to both public and school libraries.  These two titles have both been honored with award nominations. “Okay for Now” was a National Book Award Finalist and “Maniac Magee” is a Newbery Medal winner! Get these young adult novels reserved for your book club to read today!

“Okay for Now” by Gary D. Schmidt
“Reproductions of Audubon plates introduce each chapter in this stealthily powerful, unexpectedly affirming story of discovering and rescuing one’s best self, despite family pressure to do otherwise.”—Booklist, starred review

“Maniac Magee” by Jerry Spinelli
“A Newbery Medal winning modern classic about a racially divided small town and a boy who runs.” —Amazon 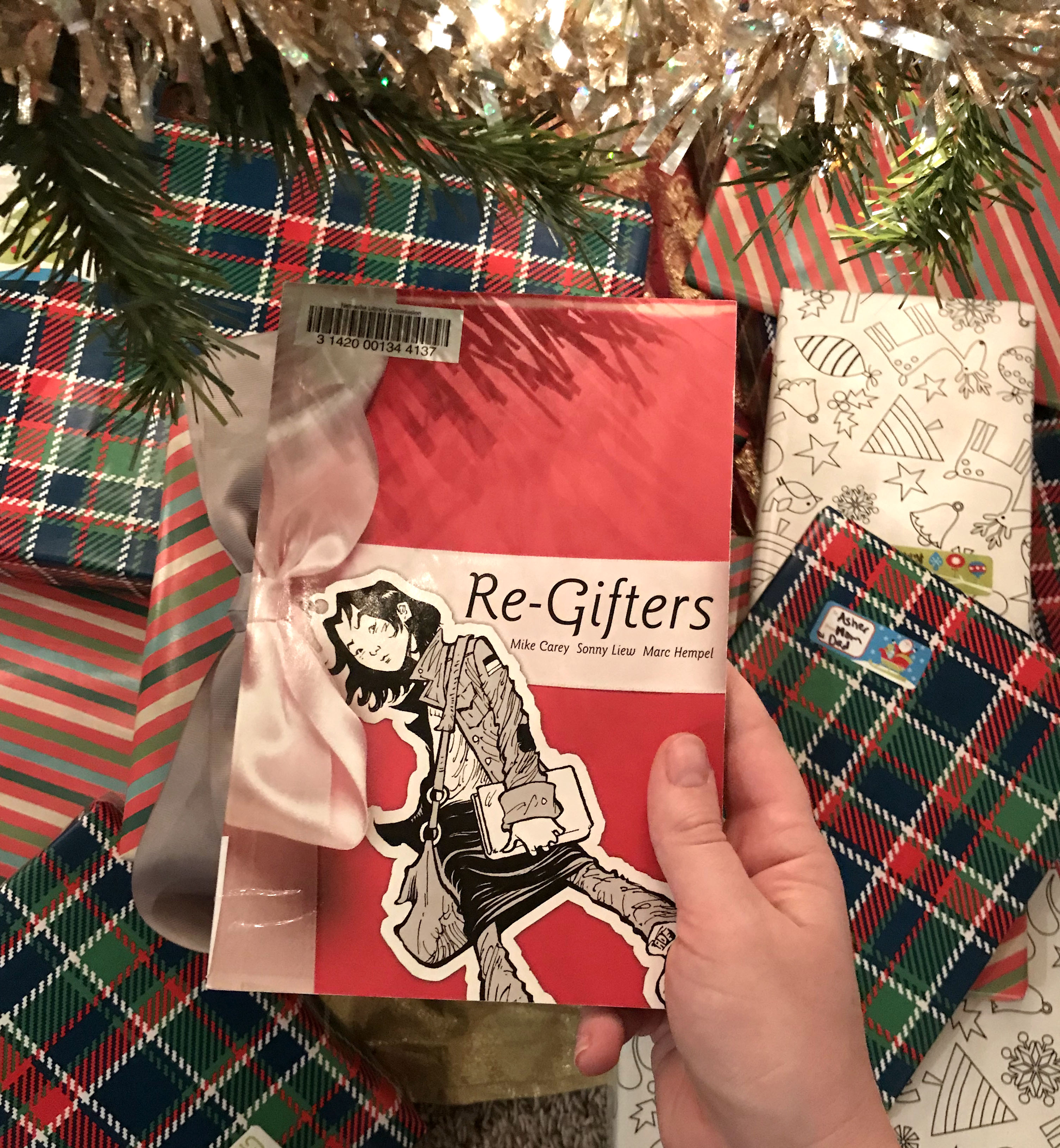 I love this week’s #BookFace. It’s fun and festive, and since we don’t have a pile of presents here at the office, Aimee Owen volunteered the use of the pile under her tree. I also love that we get to highlight our amazing collection of Young Adult Book Club Kits. “Re-Gifters” written by Mike Carey,‎  and illustrated by Marc Hempel ‎ and Sonny Liew (Minx Books, 2007) is a great example! This graphic novel follows Korean American teenager Dixie through LA’s Koreatown. It’s a well-developed characters, plot, and setting make it perfect for dedicated comic readers and those new to the genre.

Check out our past #BookFaceFriday photos on the Nebraska Library Commission’s Facebook page!