(pronounced Brazil), he joined the Nebraska 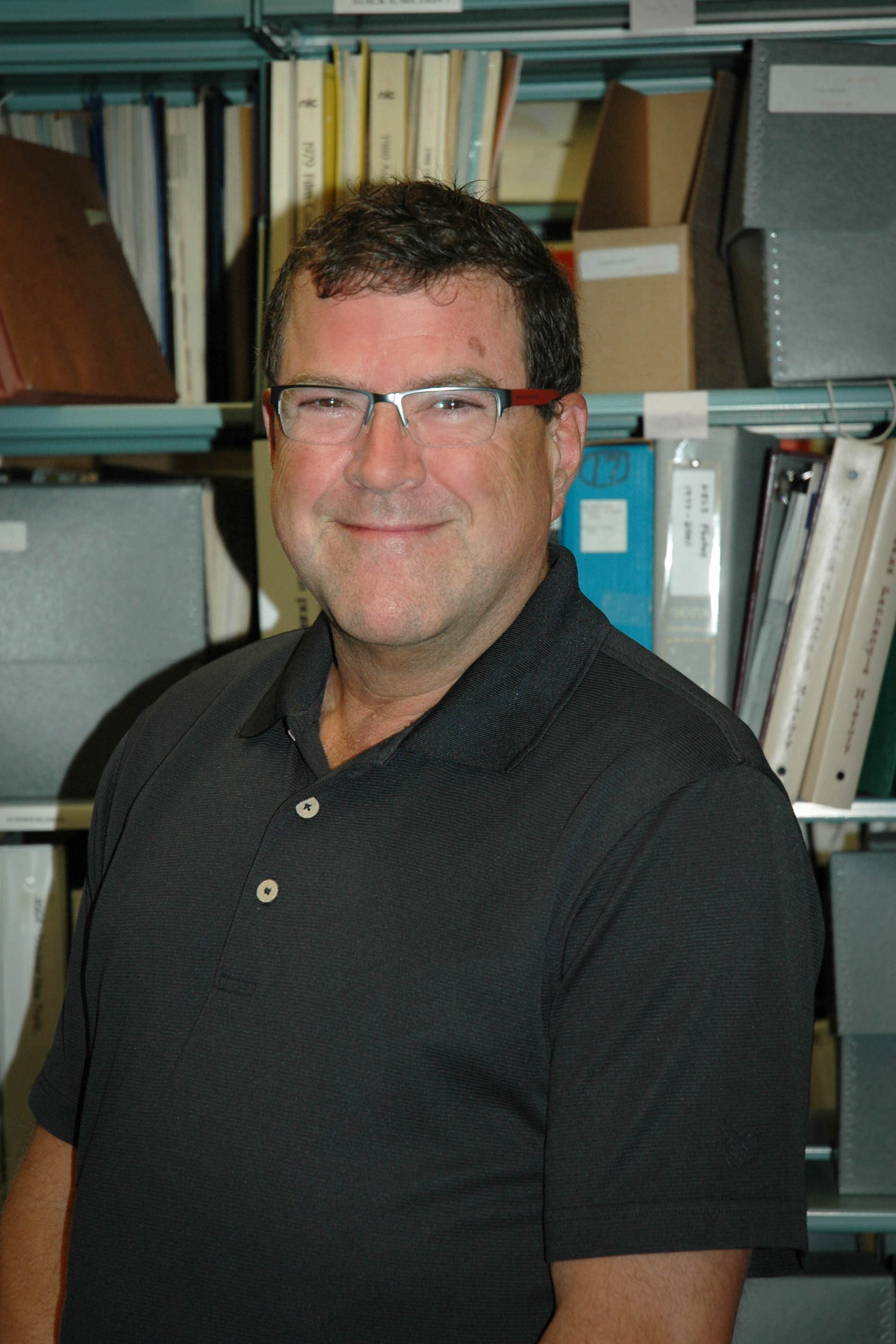 Library Commission staff as the Business Manager in 2014. Jerry was born in Nebraska City and raised in Auburn, Nebraska. As a young boy, Jerry built his own Newtonian reflector telescope and once thought of majoring in astronomy until he learned there would be a dearth of jobs in that field. After graduating from Auburn High School, Jerry attended one year of college at Peru State and worked at Hinky Dinky to pay for tuition. However, as a newly married person the need to a be a provider outweighed the need for school, so Jerry began working full time at the grocery store and ceased his student life.

After ten years at Hinky Dinky, the union was “busted” and Jerry lost his job. He subsequently went to work driving a forklift at a metal fabrication plant to make ends meet. While Jerry was reconsidering his life choices, his sister-in-law encouraged him to return to school and fund his education using something called “student loans.” He re-enrolled at Peru State College and, during this course of study, worked towards degrees in Economic Development and Business Management; at the time, PSC was one of only three schools in the country that offered a bachelor’s degree in E.D.  An influential professor (and retired business developer) named Robert Shively helped Jerry apply for and receive scholarships and introduced him to faculty. In his senior year, Jerry was hired as a Staff Assistant to the V.P. of Administration and Finance for Peru State College.

Jerry graduated with his degrees and was promoted to Assistant to the President under Dr. Robert Burns. He later became the Director of the Nebraska Business Development Center at PSC, helping over 200 companies apply for business loans in the seven years of his tenure. Federal funding for SBA was discontinued so Jerry next worked as Assistant Materiel Manager for Armstrong Cabinets in Auburn.

Jerry left Armstrong after a few months to work a grant funded position as an economic developer at ESU 5 in Beatrice for a year until the funding source ended. During his subsequent six or seven months of unemployment, Jerry wrote two novels and signed with a literary agency in New York; unfortunately, his agent insisted that he reduce his first novel from 200,000 words to 80,000, and Jerry had a snit and ended his contract with the agency. The novels remain on a flash drive, waiting to be properly edited. Jerry eventually found employment at the Tecumseh State Correctional Institution and was there for three months as a unit case worker before becoming Business Manager at the Diagnostic and Evaluation Center in Lincoln. During his time at DEC, Jerry received his Master’s Degree in Organizational Management through tuition assistance from the state of Nebraska. Jerry’s next position was at the Nebraska Library Commission.

Jerry has eclectic reading tastes but enjoys the classics and history. He says he wishes he had more time to read fiction. If Jerry were to switch jobs, he would be interested in returning to a career in college administration. If he won the lottery and no longer needed to work, he would travel extensively– first to Ireland.  Jerry is married to Teresa and together they have four children: Melissa, Trent, Charlotte, and Nicole. The best things about living in Nebraska are the four seasons, the tradition of firing college football coaches, and the equal distance to both coasts.