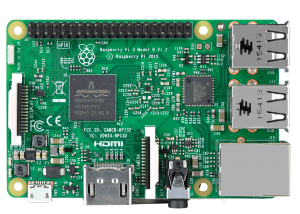 I’ve had a Raspberry Pi and a mess of electronics components sitting on my desk for several months. My original Pi plan was to demonstrate how Raspberry Pi could be used in a functional project that could be actively used in the library. So I set it up using Python Programming’s Raspberry Pi Tutorial series. I’ve dabbled in Python before, but not extensively. It was kind of fun to play in the terminal again.

For those who haven’t used Python or Raspberry Pi, the Pi is a little $35 computer. But you do have to add your own monitor, keyboard, mouse, power supply and SD card. I use ‘$35’ loosely here. The Pi also has a set of GPIO pins that will let you add on motors, sensors, LED lights, and various other bits of electronic goodness. Python is a programming language that can be used for robotics, computer programming, machine learning, and many other things.

If you Google ‘Raspberry Pi Projects for Beginners’, you’ll get an overwhelming number of ideas. My problem was finding one that wouldn’t just be another cool thing sitting on my shelf. Finding the motivation to learn as an adult is drastically different than when you’re a kid. To devote the amount of time necessary to learn more complex electronics, I needed a project that would motivate and mean something to me personally.

Then I got to a tutorial in the series that told me to uninstall Wolfram Engine to save space. This isn’t the first tutorial that has recommended doing this, and nobody seemed to really know what Wolfram Engine is. So, being a good librarian, I looked it up.

From their website, “the philosophy of the Wolfram Language is to automate as much as possible, so programmers can concentrate on defining what they want to do, and the language will automatically figure out how to do it”. Stephen Wolfram explains it better in his explanatory video on the site’s homepage. 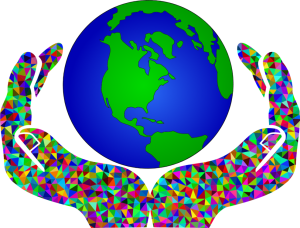 Anyway, the language is fascinating, but what really interested me were the demonstrations of use that were categorized by subject. The demonstrations on this page show how math can make the real world come to life in a visual, sometimes interactive, diagram.

I discovered that Wolfram can be used in machine learning. So I waded into Google’s Machine Learning Crash Course to learn more. After going through a good chunk of that crash course, I returned to the demonstrations available on Wolfram’s website and explored them through a different lens.

You can learn a lot about how artificial intelligence works by playing Rock, Paper, Scissors with AI Player. This player is found in the Life Sciences- Psychology section of the demonstrations. Machine learning looks for patterns the developer tells the program to look for and learn from. If you look in the “details” section below the player, you can see the factors that went into the algorithm behind the AI Player.

These factors are rooted in psychology. Other developers might place emphasis on different factors. This is a good reason to question the basis of machine learning algorithms. Depending upon the application for machine learning, we might all want to start looking deeper into the patterns these algorithms are told to look for in the data. 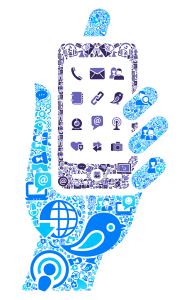 So what did I learn? Sometimes your learning outcome is drastically different from what you set out to learn. If you follow your natural curiosities and let them lead you where they may, you can discover a depth of passion that was previously unimaginable.

Given the right tools and information paths, your patrons could use the Pi to learn the basics of computing and pair it with other information sources and subject matter experts to create something the world has never seen. You can’t force learning, but you can encourage self-discovery.

This entry was posted in General, Pretty Sweet Tech, Technology. Bookmark the permalink.