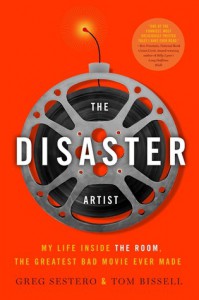 No one would seek out a bad meal. If you heard a friend rant about an awful vacation, you wouldn’t check prices for the next flight there. But art is different: it can entertain and stimulate even when it fails to accomplish its goals. Sometimes especially when it fails. “Bad art” is not always bad—under the right conditions, it can be sublime. And if it’s entertaining, is it really bad?

The Room has been called “the Citizen Kane of bad movies”. Written and directed by Tommy Wiseau, a shadowy character of unknown origin, the film is essentially a tragic love triangle involving a banker, his unfaithful fiancée, and the banker’s best friend. It seems to be standard fare, but The Room delivers this routine story through a narrative that’s full of quickly-dropped disease and drug subplots, continuity errors, and astonishingly incoherent dialogue (“You don’t understand anything, man! Leave your stupid comments in your pocket!”). If aliens who had never interacted with humans tried to stage an episode of Melrose Place, it would feel like The Room. One early review described it as “like getting stabbed in the head.” Some films leave you with questions about existence, ethics, art—the first question that comes to mind after viewing The Room is “how could this happen?”

This book explains how. Some things are outlined in more detail than others, as Sestero respects Wiseau’s famous reluctance to discuss his past. In fact, the book’s strongest moments capture the friendship between Sestero and Wiseau. I was concerned that The Disaster Artist would be full of jabs at Wiseau’s hubris and that sometimes happens, but the book generally presents him as a sometimes kind and warm, if very naïve and very, very strange, person. It’s rather analogous to the Tim Burton biopic about Ed Wood in its loving treatment of an outsider. And it’s surprisingly well-written, given that it’s ostensibly a book about a baffling cult film. The narrative is split between Sestero’s real life adventures with Wiseau and a day-by-day account of the film’s production, but its back-and-forth structure never becomes confusing. Unlike The Room itself.

It’s the perfect time to see The Room and read this book, as there are two related films set to be released this year—a mockumentary starring most of the original cast and a posh studio adaptation of The Disaster Artist featuring Bryan Cranston and Sharon Stone, among others. You will probably never surpass me in terms of Room fandom (so don’t worry), but you will be ahead of the curve if 2016 turns out to be a year of Room fever. And you will also know all about the flying vampire car that didn’t make into the final version of the film. Yes, really.

In my opinion, a bad film is a boring film (oh, hi, The English Patient). The Room and its brethren (like Troll II and Dunyayi Kurtaran Adam) are endlessly entertaining and rewatchable. The Disaster Artist captures the energy and atmosphere that make these films unique. They’re surreal and special. Not bad.

Sestero, G., & Bissell, T. The disaster artist: My life inside The Room, the greatest bad movie ever made.