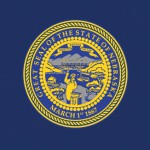 Nebraska State Government Publications 2015 is a listing of the new state publications received in 2015 by the Nebraska Publications Clearinghouse, a service of the Nebraska Library Commission. It is a compilation of the state publications listed in What’s Up Doc?, the Clearinghouse’s blog. They are arranged in two separate lists: by broad subject categories and alphabetically by title. All of the publications listed here are available for loan from the Library Commission by calling 1-800-307-2665 and asking for the Reference desk (outside Nebraska and in Lincoln call 402-471-4016). Users wishing to obtain their own copies must request them directly from the issuing agency. The majority of items have been cataloged and the OCLC number listed. They can be searched in the Library Commission’s Online catalog.  Many publications are also available in other formats. Microfiche copies of documents published prior to 2006 may be available at the State Depository Libraries. State Publications Online, a Clearinghouse web page, lists publications in electronic format. This list, along with issues of What’s Up Doc?, and annual lists from previous years are also available online. For additional copies of this publication please contact: Mary Sauers | Government & Information Services Librarian | Nebraska Library Commission | 402-471-4017 | Mary.sauers@nebraska.gov
This entry was posted in Books & Reading, Education & Training, General, Information Resources, What's Up Doc / Govdocs. Bookmark the permalink.