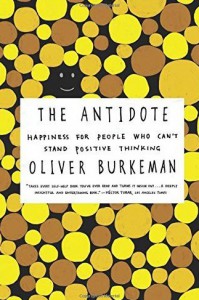 My original intention was to write a bit about the Wisdom of Insecurity, authored by Alan Watts and published in 1951. The reasons for this include the fact that I just recently read it, and Watts demonstrates a directness and clarity that is refreshing. The book reads like it could have been written today:

“Human beings appear to be happy just so long as they have a future to which they can look forward – whether it be a ‘good time’ tomorrow or an everlasting life beyond the grave. For various reasons, more and more people find it hard to believe in the latter. On the other hand, the former has the disadvantage that when this ‘good time’ arrives, it is difficult to enjoy it to the full without some promise of more to come. If happiness always depends on something expected in the future, we are chasing a will-o’-the-wisp that ever eludes our grasp, until the future, and ourselves, vanish in the abyss of death.”

“For this stream of stimulants is designed to produce cravings for more and more of the same, through louder and faster, and these cravings drive us to do work which is of no interest save for the money it pays-to buy more lavish radios, sleeker automobiles, glossier magazines, and better television sets, all of which will somehow conspire to persuade us that happiness lies just around the corner if we will buy one more.”

Well, the appeal of Watts (described in many circles as playing a large role in bringing eastern philosophy to a western crowd) is not just in the one-liners. His writing appears to come at least somewhat from the perspective of the ever increasingly trendy “living in the moment” prescription, but also is perhaps at least a precursor to the deeper notions and variants of nondualistic pantheism. After reading Watts, it seemed fairly easy to sum these major points up; I was looking for something with a bit more depth. Oliver Burkeman’s the Antidote provides a little more of that. I say a little because much of what Burkeman writes about is quite similar to Watts, but there is some new material here that is worthwhile. Burkeman’s ideas might at least be a decent starting point. Burkeman’s title provides some degree of a play on words (whether intended or not) in that the antidote he describes is something to counteract one’s unhappiness and the fact that he provides numerous anecdotes throughout the book. Burkeman draws from many sources, largely from the work of Stoicism and Albert Ellis and smally on things like the Museum of Failed Products, the self-help industry, Zen Buddhism, meditation, Mt. Everest climbers, Eckhart Tolle, and memento mori. Burkeman makes good arguments against the preoccupation with goals, less intensive planning, and ditching the modern day “cult of optimism.” Burkeman notes that “it is our constant efforts to eliminate the negative – insecurity, uncertainty, failure, or sadness – that is what causes us to feel so insecure, anxious, uncertain, or unhappy.” It might be easy to conclude that Burkeman is advocating negative thinking. He’s not. There is a clear differentiation between negative thinking and the prescribed (stoic) rational thinking. One perplexing notion, at least to me and requiring further thought and reflection is this aforementioned notion of “living in the moment”. It seems to me that consciousness plays a large role in it, and if a person is consciously thinking about something (including living in the moment), can they really be doing or experiencing it? If we perpetually read books, attend seminars, or participate in groups that bring this idea front and center, can we ever really achieve it under those circumstances? Probably not, and I think Watts would agree: “To understand music, you must listen to it. But so long as you are thinking, ‘I am listening to this music,’ you are not listening.” At any rate, if you are looking at an alternative to the positive thinking machine, the Antidote might prove to be a good read, and might turn you on to some other thought provoking stuff.
This entry was posted in Books & Reading and tagged Friday Reads. Bookmark the permalink.