Tag Archives: “The Woman in the Window”

#BookFaceFriday “The Woman in the Window” 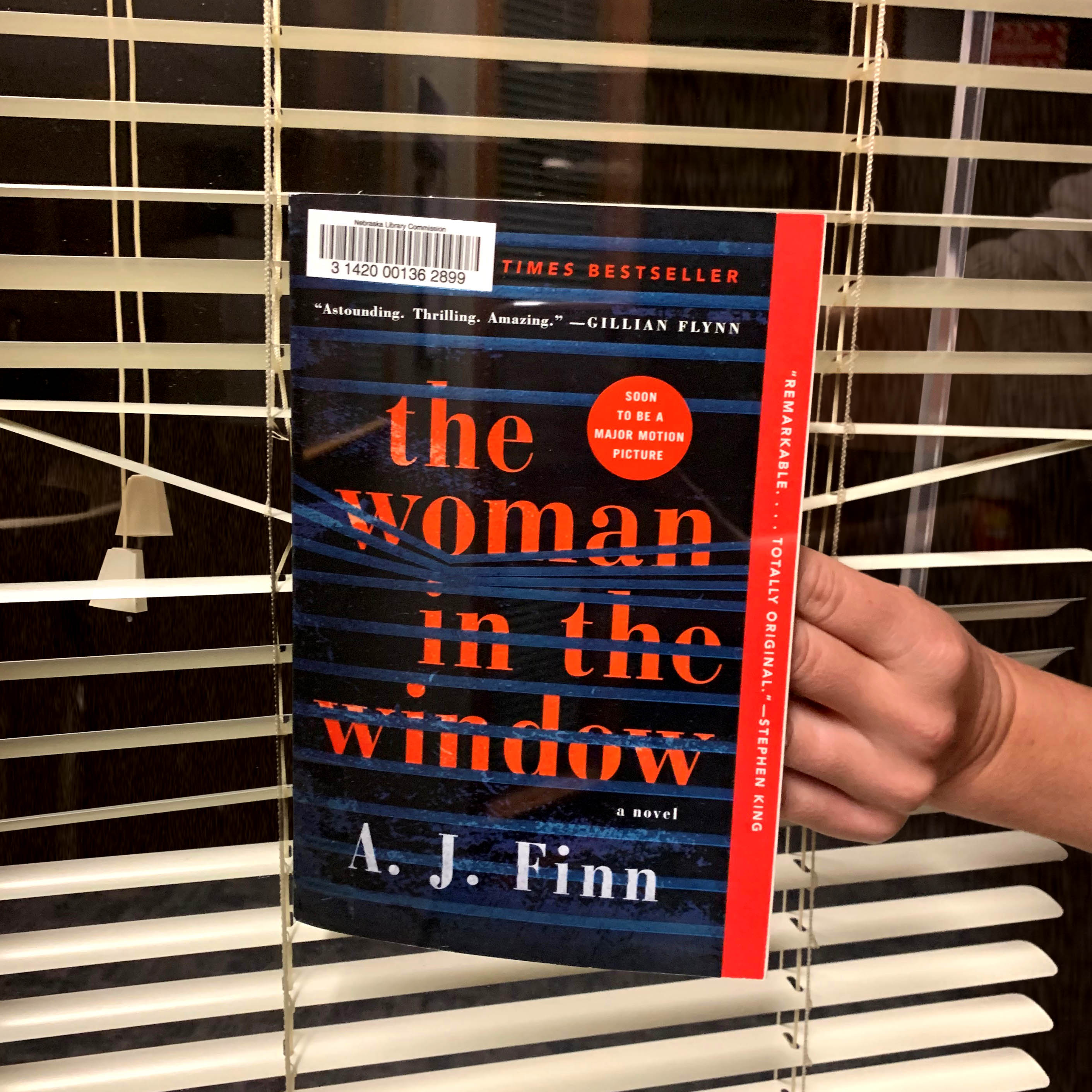 In honor of Friday the 13th, check out “The Woman in the Window” by A.J. Finn (William Morrow, 2018) in the NLC Book Club collection. The ups and downs of an agoraphobic woman and what she thinks she’s witnessed will have you on the edge of your seat. A perfect fit for any Rear Window fans, or lovers of Tana French and Gillian Flynn. Browse this title or our entire collection at nlc.nebraska.gov/ref/bookclub today!

“The Woman in the Window is a tour de force. A twisting, twisted odyssey inside one woman’s mind, her illusions, delusions, reality. It left my own mind reeling and my heart pounding. An absolutely gripping thriller.” (Louise Penny, #1 New York Times bestselling author)

This week’s #BookFace model is our staff break room, more commonly known as the Crows Nest. No blinds were harmed in the making of the #BookFace.

Friday Reads: The Woman in the Window by A. J. Finn

A. J. Finn’s The Woman in the Window is a whodunit thriller with lots of surprises and unexpected outcomes. The book has been likened to Paula Hawkins’ The Girl on the Train and Gillian Flynn’s Gone Girl and with elements of a Hitchcock movie.

Anna Fox, a psychologist in her late 30s, is the protagonist. Anna lives alone in an upscale Manhattan home. A young carpenter is a tenant who occupies the basement. The reader soon learns that Anna is agoraphobic and has not left her home during the past year. While living alone she has frequent phone conversations with her husband and 8-year-old daughter who are supposedly living elsewhere. Much of Anna’s time is spent watching black and white movie classics. Home bound, Anna observes her neighborhood and neighbors from her living room window. It is there that she witnesses, from a distance, a violent act in a home occupied by a family new to the neighborhood.

Anna’s fear of leaving her home, her aloneness and depression contribute to excessive drinking with wine as her favored drink. Her drinking, mixed with prescription drugs, compromises her credibility when she reports the incident to the police. Is she delusional? The conflict grows from there among Anna, the new and troubled neighbors, the police, and even her tenant. And there is Anna’s past – how did she become agoraphobic? What’s the story behind the absence of her husband and daughter?

The Woman in the Window is A. J. Finn’s first novel and a best seller from the get go. Though, not surprising because Finn (a pseudonym) is Dan Mallory, an experienced executive mystery fiction editor for William Morrow, the books publisher.