Hey, #BookFace fans, you can stand under my umbrella. 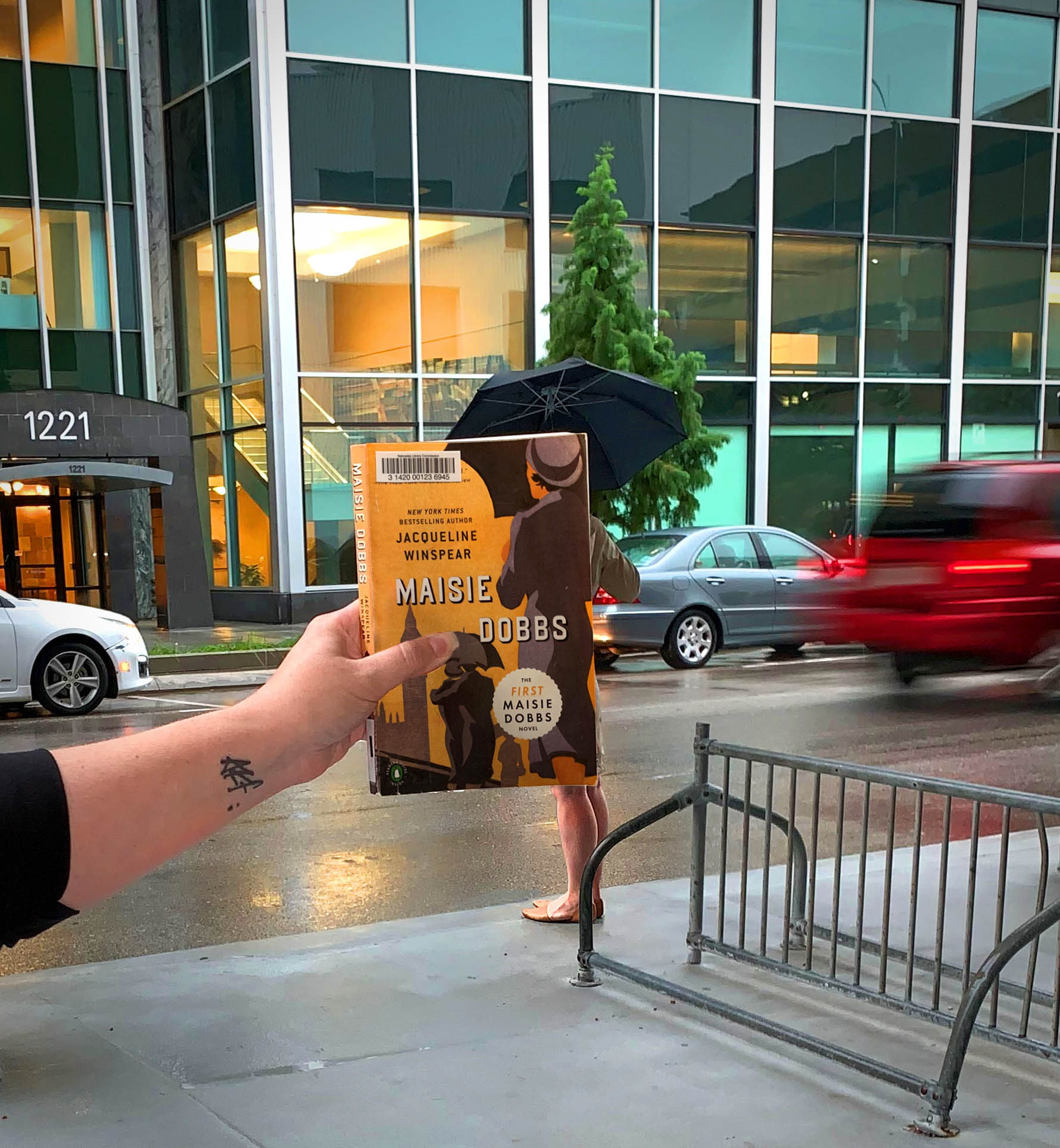 We took advantage of yet another rainy day for this week’s #BookFaceFriday! “Maisie Dobbs” by Jacqueline Winspear (Soho Crime; 10th Anniversary ed. edition, 2014) is the first novel in what is now a series of fifteen books, 2 in the NLC Book Club collection! These well written, historical fiction novels begin in 1929 and revolve around the heroine’s newly opened private eye business. Fans from Veronica Mars to Downton Abbey will be able to appreciate this mystery series.