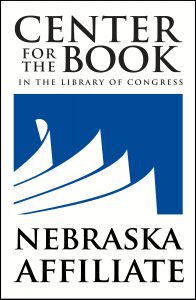 Nebraskans are urged to nominate literary/literacy champions. The Nebraska Center for the Book is accepting nominations to honor Nebraska’s champions of literature and literacy. Awards will be presented at the Celebration of Nebraska Books on October 27. The Mildred Bennett Award recognizes an individual who has made a significant contribution to fostering the literary tradition in Nebraska. Its purpose is to remind us of the literary and intellectual traditions that enrich our lives and mold our world. The award recognizes inspired leadership and service on behalf of Nebraska literature, highlighting how the recipient follows the example of Mildred Bennett, the charismatic founder and long-time president of the Willa Cather Pioneer Memorial and Educational Foundation.

The Jane Geske Award is presented annually to a Nebraska organization for exceptional contribution to literacy, books, reading, libraries, or literature in Nebraska. It commemorates Geske’s passion for books, and was established in recognition of her contributions to the well-being of Nebraska libraries. Jane Pope Geske was a founding member of the Nebraska Center for the Book, former director of the Nebraska Library Commission, and a long-time leader in Nebraska library and literary activities.

This entry was posted in General, Nebraska Center for the Book. Bookmark the permalink.