Friday Reads: A Week in Winter, by Maeve Binchy 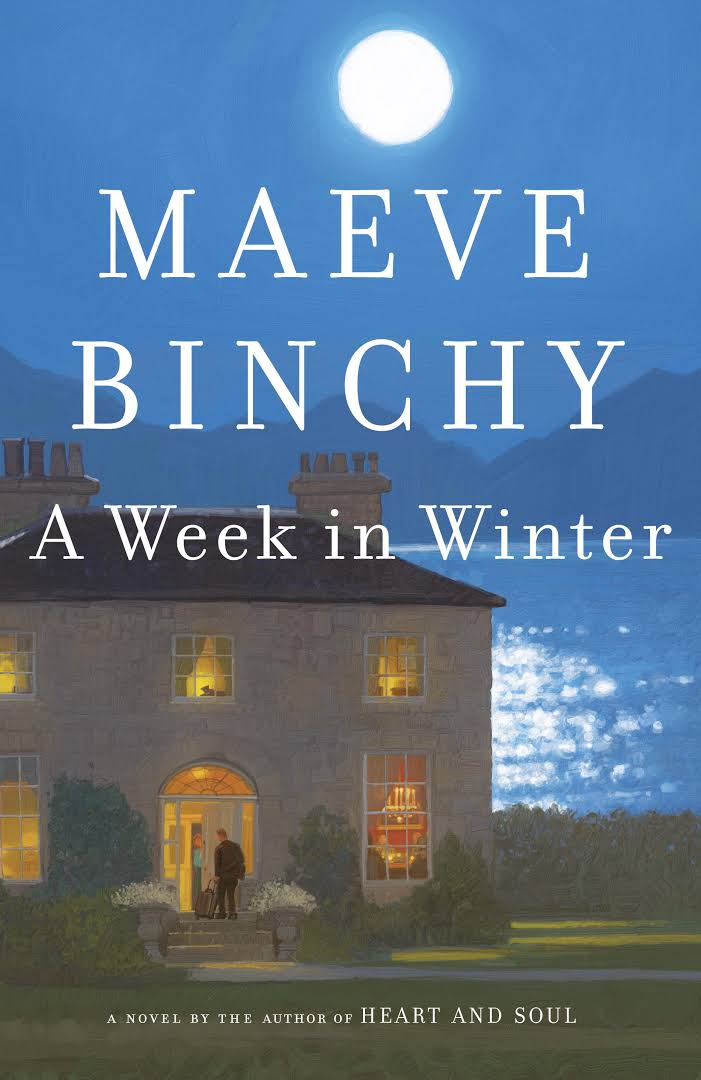 Talk about “johnny-come-lately,” just last week I picked up a paperback copy of this title at a used-book sale at Greenwood Public Library. I had gone there on a trip back from Papillion to see the renovation completed in Greenwood, partly with money from the Kreutz Bennett Donor Advised Fund. I’d been meaning to read something by Maeve Binchy for years but hadn’t, fascinated as much by her name as anything. I’m sure Binchy fans are probably appalled that I’d waited so long. Now, as it turns out, this title is the very last one she wrote; she died shortly after finishing this book.

A Week in Winter tells the charming story (actually many stories) of a host of eventual guests at Stone House, a new guest house located in what had been a run-down mansion on the west coast of Ireland, high overlooking the Atlantic Ocean. Three elderly sisters, had lived a “beans-and-toast” existence there, with Queenie the only survivor. The proprietress of this venture is a former resident of Stoneybridge, the town in which the place is located. She has returned from a long stay in the States with some money to invest in her hometown. Her story is that she is returning following the death of her spouse in a car wreck. As with many of the characters in this story, however, her biography is not quite as presented to the world.

A cast of characters descends upon Stone House during its first week in business, from many venues – the U.S., Sweden, England, Ireland (of course), and so forth. The author sets the scene with each one coming to this “restful place for a holiday by the sea” for quite different reasons. One guest couple wins second place in a travel contest (and they’re not happy about not going to Paris instead). One of the staff is sent there following a reform school stint. Another guest arrives following a devastating affair. (She’s the librarian!) Another received her stay as a retirement gift from teaching. (She is probably the only character who is not rejuvenated by her stay.) Still another — the one from Sweden – is faced with taking over his father’s button-down business, while he’d rather be playing music in local Irish pubs.

My guess is that Binchy fans will love this book. It felt to me a bit like what one of the characters says: “Problems don’t solve themselves neatly like that, due to a set of coincidences.” It does appear that the circumstances in which each character finds herself or himself are too easily “wrapped up” in the story. However, the author is such a good writer that I think I’ll try at least one more title. Any suggestions out there about which of her other nineteen titles is worth a go?