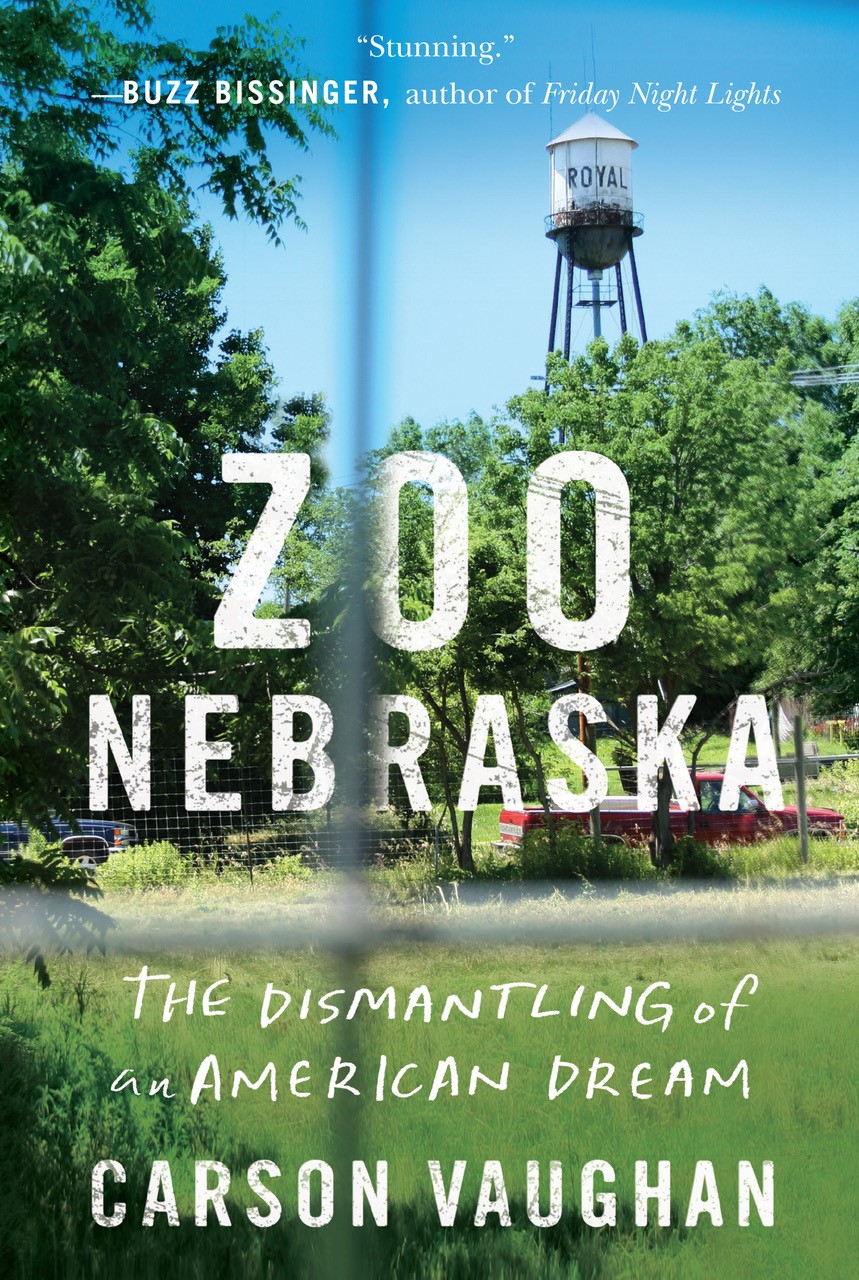 A few Nebraska natives still remember the little ragtag children’s zoo in Royal, Nebraska before its tragic end, but its existence has faded into the background of local knowledge like an empty, weathered barn. Easily overlooked. Carson Vaughan invites readers to slow down and take a closer look at what happened—or what could have, should have happened—in Zoo Nebraska: The Dismantling of an American Dream.

The murder of a mentor, a chimp named Reuben, a generous donation from Johnny Carson, and a white-knuckled hope to wring a scientific center out of an underfunded zoo drive founder and director Dick Haskin, but the dream alone can’t sustain him for long. Exhausted, Haskin turns directorship over to others, and we watch the actions of each new, well-meaning but misguided leader unravel into tragedy.

Vaughan calmly lays out the facts in vivid detail. Reading these pages I could feel the gravel crunch beneath my feet as he guided me through Royal, showing the empty buildings, the shadows of past residents. And I felt Vaughan’s shock as my own as he pointed, saying, “That’s where they shot Reuben.”

This week’s Friday Reads was guest written by Anna Weir, Publicist at the University of Nebraska Press! Vaughan will speak at the Nebraska Book Festival on September 7. Read Zoo Nebraska and bring your questions – I’m sure this candid narrator would be happy to answer.

Vaughan, Carson. Zoo Nebraska: The Dismantling of an American Dream. Little A (2019)