Posted on September 19, 2018 by Jennifer Wrampe

Arunkumar Pondicherry and Lois Todd-Meyer, both of Lincoln, to three-year terms on the Nebraska Library Commission. Gov. Ricketts also reappointed Debby Whitehill Bloom, of Omaha, to a second three-year term. 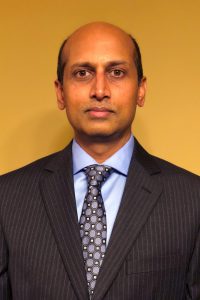 Arunkumar Pondicherry is a committed community leader serving on many committees representing the state. Pondicherry is currently serving his third term as the President of the India Association of Nebraska Lincoln, a nonprofit organization. He is also currently serving as the Finance Chair for the Lancaster County Republican Party and is in the Nebraska Republican Party State Central Committee. Pondicherry has served as a Fundraising Committee member and Executive Committee member for the Hindu Temple of Omaha Nebraska, a nonprofit organization. He has also served as a Charitable and Fundraising Committee Member for Telugu Samiti of Nebraska, a nonprofit organization. Pondicherry attended and represented the State of Nebraska at the White House Briefing for Hindu American Seva in 2014. Pondicherry has served in the Matt Talbot Kitchen as a volunteer, and currently helps fund and organize First Friday Lunch every month.

Pondicherry currently works as a Consultant for IS&T /OCIO – Nebraska Department of Health and Human Services. In the past, he has been integral with his work as a consultant to the Nebraska Real Estate Commission in implementing critical legislative changes in their system. His work as a consultant has led him to projects with Central Data Processing /DAS/Child Support division /Medicare/Medicaid to fulfill many legislative changes and federal requirements for their statewide system. 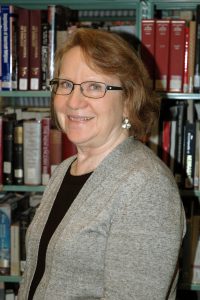 Lois Todd-Meyer is a long-time Nebraska educator who has a deep understanding of the important role that public libraries play in supporting the education of Nebraska’s youth. She taught high school English/Language Arts for twenty-eight years in two rural Nebraska school districts and earned her Doctorate in Education from UN-L in 2015, as part of their second cohort of the Carnegie Project on the Education Doctorate. The focus of her dissertation is adolescent literacy. She has been a member of Nebraska State Education Association throughout her career and serves on the State Government Relations Committee. Todd-Meyer is currently an adjunct English instructor at Southeast Community College and adjunct education instructor at Concordia University, teaching literacy classes at both the undergraduate and graduate level. She is a board member of the Nebraska Literary Heritage Association and Nebraska Center for the Book, for which she serves as board secretary. She is also a member of Delta Kappa Gamma, an international organization for key woman educators.

Debby Whitehill Bloom is an Investor Services Broker at TD Ameritrade and serves as Vice-chair of the Nebraska Library Commission. She is an entrepreneur with an MBA in finance and management, with specialties in recruiting, marketing, insurance, finance, and written communication. She holds series 7, series 63, life and health insurance licenses and is the owner of Whitehill Bloom Consulting, LLC, which provides recruiting services for national insurance institutions. She worked in marketing and accounting for Enron/Northern Natural Gas for eighteen years. She volunteers with King of Kings Church, Republican Party of Nebraska, Alpha Xi Delta, and Omaha Liberty Ladies. Whitehill Bloom is the author of two books: Wisdom, Whimsy and Drivel, an inspirational poetry book and Fall Textures, a children’s picture book. She is also working on other children’s books.

A former member of the board for Kearney Public Library, Chuck Peek is an Emeritus Professor of English at University of Nebraska at Kearney (UNK). He served for some time as a board member and president of the Nebraska Center for the Book, and received its Mildred Bennett Award in 2011. Since retiring in 2008, he has published two books of poetry and one volume of homilies given at Red Cloud’s Grace Church for Cather events—and currently serves on the Willa Cather Foundation Board of Governors. Chuck teaches occasionally for Kearney’s Senior College, Lincoln’s OLLI, and the Bishop Kemper School for Ministry in Topeka.

Sandy White was a Nebraska educator for more than forty years. Before retiring, she served panhandle schools for several years as the Library-Media Services Director for Educational Service Units 13 and 14. She served on the board of the Western Library System (formerly known as the Panhandle Library System). She also served on the board, including a term as president, of the Nebraska School Library Association (formerly known as the Nebraska Educational Media Association). She currently serves on the board of the Sidney Public Library.

Michael LaCroix served as Director of the Reinert-Alumni Memorial Library at Creighton University and as interim dean of the University of Nebraska Omaha’s Dr. C.C. and Mabel L. Criss Library. He formerly served as library director at Greensboro College and Wingate University in North Carolina, and at Albright College in Pennsylvania. He is a member of the board of directors for United for Libraries, a division of the American Library Association (ALA), and previously served on the Nebraska State Advisory Council on Libraries—including a term as chair—and on the North Carolina State Advisory Council on Libraries. LaCroix was elected to the board of directors of ALA’s Association of College and Research Libraries and served as Nebraska’s representative to the Online Computer Library Center Member’s Council. Formerly the treasurer of the Nebraska Library Association (NLA), he chaired the NLA College and University section.