Here are the UNP books the Clearinghouse received in November and December 2019: 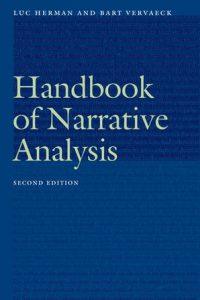 Stories are everywhere, from fiction across media to politics and personal identity. Handbook of Narrative Analysis sorts out both traditional and recent narrative theories, providing the necessary skills to interpret any story. In addition to discussing classical theorists, such as Gérard Genette, Mieke Bal, and Seymour Chatman, Handbook of Narrative Analysis presents precursors (such as E. M. Forster), related theorists (Franz Stanzel, Dorrit Cohn), and a large variety of postclassical critics. Among the latter particular attention is paid to rhetorical, cognitive, and cultural approaches; intermediality; storyworlds; gender theory; and natural and unnatural narratology.

Not content to consider theory as an end in itself, Luc Herman and Bart Vervaeck use two short stories and a graphic narrative by contemporary authors as touchstones to illustrate each approach to narrative. In doing so they illuminate the practical implications of theoretical preferences and the ideological leanings underlying them. Marginal glosses guide the reader through discussions of theoretical issues, and an extensive bibliography points readers to the most current publications in the field. Written in an accessible style, this handbook combines a comprehensive treatment of its subject with a user-friendly format appropriate for specialists and nonspecialists alike.

Handbook of Narrative Analysis is the go-to book for understanding and interpreting narrative. This new edition revises and extends the first edition to describe and apply the last fifteen years of cutting-edge scholarship in the field of narrative theory. 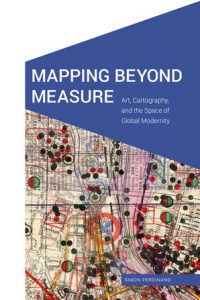 Over the last century a growing number of visual artists have been captivated by the entwinements of beauty and power, truth and artifice, and the fantasy and functionality they perceive in geographical mapmaking. This field of “map art” has moved into increasing prominence in recent years yet critical writing on the topic has been largely confined to general overviews of the field.

In Mapping Beyond Measure Simon Ferdinand analyzes diverse map-based works of painting, collage, film, walking performance, and digital drawing made in Britain, Japan, the Netherlands, Ukraine, the United States, and the former Soviet Union, arguing that together they challenge the dominant modern view of the world as a measurable and malleable geometrical space. This challenge has strong political ramifications, for it is on the basis of modernity’s geometrical worldview that states have legislated over social space; that capital has coordinated global markets and exploited distant environments; and that powerful cartographic institutions have claimed exclusive authority in mapmaking.

Mapping Beyond Measure breaks fresh ground in undertaking a series of close readings of significant map artworks in sustained dialogue with spatial theorists, including Peter Sloterdijk, Zygmunt Bauman, and Michel de Certeau. In so doing Ferdinand reveals how map art calls into question some of the central myths and narratives of rupture through which modern space has traditionally been imagined and establishes map art’s distinct value amid broader contemporary shifts toward digital mapping.

Who was the “Mysterious Sofía,” whose letter in November 1934 was sent from Washington DC to Mexico City and intercepted by the Mexican Secret Service? In The Mysterious Sofía Stephen J. C. Andes uses the remarkable story of Sofía del Valle to tell the history of Catholicism’s global shift from north to south and the importance of women to Catholic survival and change over the course of the twentieth century. As a devout Catholic single woman, neither nun nor mother, del Valle resisted religious persecution in an era of Mexican revolutionary upheaval, became a labor activist in a time of class conflict, founded an educational movement, toured the United States as a public lecturer, and raised money for Catholic ministries—all in an age dominated by economic depression, gender prejudice, and racial discrimination. The rise of the Global South marked a new power dynamic within the Church as Latin America moved from the margins of activism to the vanguard.

Del Valle’s life and the stories of those she met along the way illustrate the shared pious practices, gender norms, and organizational networks that linked activists across national borders. Told through the eyes of a little-known laywoman from Mexico, Andes shows how women journeyed from the pews into the heart of the modern world. 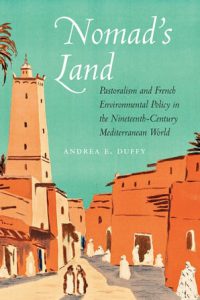 During the nineteenth century, the development and codification of forest science in France were closely linked to Provence’s time-honored tradition of mobile pastoralism, which formed a major part of the economy. At the beginning of the century, pastoralism also featured prominently in the economies and social traditions of North Africa and southwestern Anatolia until French forest agents implemented ideas and practices for forest management in these areas aimed largely at regulating and marginalizing Mediterranean mobile pastoral traditions. These practices changed not only landscapes but also the social order of these three Mediterranean societies and the nature of French colonial administration.

In Nomad’s Land Andrea E. Duffy investigates the relationship between Mediterranean mobile pastoralism and nineteenth-century French forestry through case studies in Provence, French colonial Algeria, and Ottoman Anatolia. By restricting the use of shared spaces, foresters helped bring the populations of Provence and Algeria under the control of the state, and French scientific forestry became a medium for state initiatives to sedentarize mobile pastoral groups in Anatolia. Locals responded through petitions, arson, violence, compromise, and adaptation. Duffy shows that French efforts to promote scientific forestry both internally and abroad were intimately tied to empire building and paralleled the solidification of Western narratives condemning the pastoral tradition, leading to sometimes tragic outcomes for both the environment and pastoralists. 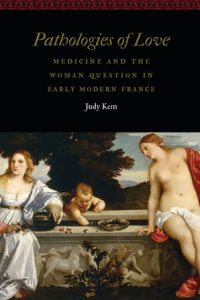 Pathologies of Love examines the role of medicine in the debate on women, known as the querelle des femmes, in early modern France. Questions concerning women’s physical makeup and its psychological and moral consequences played an integral role in the querelle. This debate on the status of women and their role in society began in the fifteenth century and continued through the sixteenth and, as many critics would say, well beyond. In querelle works early modern medicine, women’s sexual difference, literary reception, and gendered language often merge. Literary authors perpetuated medical ideas such as the notion of allegedly fatal lovesickness, and physicians published works that included disquisitions on the moral nature of women.

In Pathologies of Love, Judy Kem looks at the writings of Christine de Pizan, Jean Molinet, Symphorien Champier, Jean Lemaire de Belges, and Marguerite de Navarre, examining the role of received medical ideas in the querelle des femmes. She reconstructs how these authors interpreted the traditional courtly understanding of women’s pity or mercy on a dying lover, their understanding of contemporary debates about women’s supposed sexual insatiability and its biological effects on men’s lives and fertility, and how erotomania or erotic melancholy was understood as a fatal illness. While the two women who frame this study defended women and based much of what they wrote on personal experience, the three men appealed to male authority and tradition in their writings. 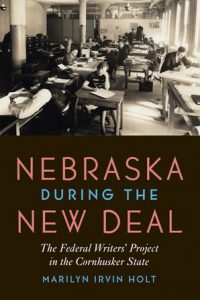 As a New Deal program, the Federal Writers’ Project (FWP) aimed to put unemployed writers, teachers, and librarians to work. The contributors were to collect information, write essays, conduct interviews, and edit material with the goal of producing guidebooks in each of the then forty-eight states and U.S. territories. Project administrators hoped that these guides, known as the American Guide Series, would promote a national appreciation for America’s history, culture, and diversity and preserve democracy at a time when militarism was on the rise and parts of the world were dominated by fascism.

Marilyn Irvin Holt focuses on the Nebraska project, which was one of the most prolific branches of the national program. Best remembered for its state guide and series of folklore and pioneer pamphlets, the project also produced town guides, published a volume on African Americans in Nebraska, and created an ethnic study of Italians in Omaha. In Nebraska during the New Deal Holt examines Nebraska’s contribution to the project, both in terms of its place within the national FWP as well as its operation in comparison to other state projects. 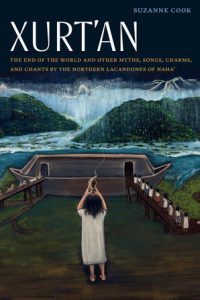 Xurt’an (the end of the world) showcases the rich storytelling traditions of the northern Lacandones of Naha’ through a collection of traditional narratives, songs, and ritual speech. Formerly isolated in the dense, tropical rainforest of Chiapas, Mexico, the Lacandon Maya constitute one of the smallest language groups in the world. Although their language remains active and alive, their traditional culture was abandoned after the death of their religious and civic leader in 1996. Lacking the traditional contexts in which the culture was transmitted, the oral traditions are quickly being forgotten.

This collection includes creation myths that describe the cycle of destruction and renewal of the world, the structure of the universe, the realms of the gods and their intercessions in the affairs of their mortals, and the journey of the souls after death. Other traditional stories are non-mythic and fictive accounts involving talking animals, supernatural beings, and malevolent beings that stalk and devour hapless victims. In addition to traditional narratives, Xurt’an presents many songs that are claimed to have been received from the Lord of Maize, magical charms that invoke the forces of the natural world, invocations to the gods to heal and protect, and work songs of Lacandon women, whose contribution to Lacandon culture has been hitherto overlooked by scholars. Women’s songs offer a rare glimpse into the other half of Lacandon society and the arduous distaff work that sustained the religion. The compilation concludes with descriptions of rainbows, the Milky Way as “the white road of Our Lord,” and an account of the solstices.

Transcribed and translated by a foremost linguist of the northern Lacandon language, the literary traditions of the Lacandones are finally accessible to English readers. The result is a masterful and authoritative collection of oral literature that will both entertain and provoke, while vividly testifying to the power of Lacandon Maya aesthetic expression.