Here are the UNP books the Clearinghouse received in April: 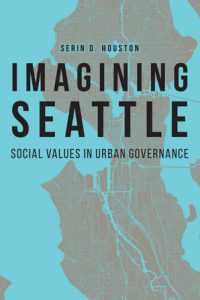 Imagining Seattle dives into some of the most pressing and compelling aspects of contemporary urban governance in the United States. Serin D. Houston uses a case study of Seattle to shed light on how ideas about environmentalism, privilege, oppression, and economic growth have become entwined in contemporary discourse and practice in American cities. Seattle has, by all accounts, been hugely successful in cultivating amenities that attract a creative class. But policies aimed at burnishing Seattle’s liberal reputation often unfold in ways that further disadvantage communities of color and the poor, complicating the city’s claims to progressive politics.

Through ethnographic methods and a geographic perspective, Houston explores a range of recent initiatives in Seattle, including the designation of a new cultural district near downtown, the push to charge for disposable shopping bags, and the advent of training about institutional racism for municipal workers. Looking not just at what these policies say but at how they work in practice, she finds that opportunities for social justice, sustainability, and creativity are all constrained by the prevalence of market-oriented thinking and the classism and racism that seep into the architecture of many programs and policies. Houston urges us to consider how values influence actions within urban governance and emphasizes the necessity of developing effective conditions for sustainability, creativity, and social justice in this era of increasing urbanization. 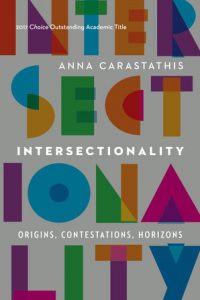 Intersectionality intervenes in the field of intersectionality studies: the integrative examination of the effects of racial, gendered, and class power on people’s lives. While “intersectionality” tends to circulate merely as a buzzword, Anna Carastathis joins other critical voices in urging a more careful reading. Challenging the narratives of arrival that surround it, Carastathis argues that intersectionality is a horizon, illuminating ways of thinking that have yet to be realized; consequently, calls to “go beyond” intersectionality are premature. A provisional interpretation of intersectionality can disorient habits of essentialism, categorical purity, and prototypicality and overcome dynamics of segregation and subordination in political movements.

Through a close reading of critical race theorist Kimberlé Williams Crenshaw’s germinal texts, published more than twenty-five years ago, Carastathis urges analytic clarity, contextual rigor, and a politicized, historicized understanding of this pervasive concept. Intersectionality’s roots in social justice movements and critical intellectual projects—specifically black feminism—must be retraced and synthesized with a decolonial analysis so that its potential to actualize coalitions can be enacted. 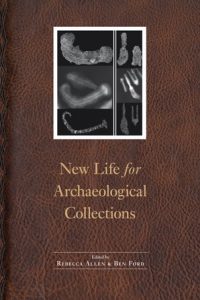 New Life for Archaeological Collections explores solutions to what archaeologists are calling the “curation crisis,” that is, too much stuff with too little research, analysis, and public interpretation. This volume demonstrates how archaeologists are taking both large and small steps toward not only solving the dilemma of storage but recognizing the value of these collections through inventorying and cataloging, curation, rehousing, artifact conservation, volunteer and student efforts, and public exhibits.

Essays in this volume highlight new questions and innovative uses for existing archaeological collections. Rebecca Allen and Ben Ford advance ways to make the evaluation and documentation of these collections more accessible to those inside and outside of the scholarly discipline of archaeology. Contributors to New Life for Archaeological Collections introduce readers to their research while opening new perspectives for scientists and students alike to explore the world of archaeology. These essays illuminate new connections between cultural studies and the general availability of archaeological research and information.  Drawing from the experience of university professors, government agency professionals, and cultural resource managers, this volume represents a unique commentary on education, research, and the archaeological community. 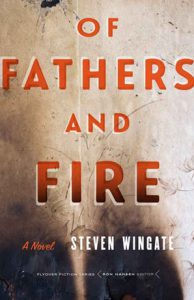 When Richie Thorpe and his ragtag religious band of ex-thieves arrive in the High Plains town of Suborney, Colorado, Tommy Sandor is captivated by the group. It’s the summer of 1980 in the dusty, junkyard town, and the seventeen-year-old is wrestling with the forces shaping America and himself: the Iran hostage crisis, the incoming tide of Ronald Reagan’s presidency, and the political rise of the Christian Right.

As Tommy is increasingly drawn to the group, his mother, Connie, grows frantic. She has been hiding the truth from her son, telling him that his father was a saxophonist from New York who never knew he had a child, and is lying low in Suborney to hide from Tommy’s actual father—Richie Thorpe. Connie knows Richie has come for his son, and though she has witnessed Thorpe’s mysterious powers, the desperation to protect her lie, her son, and their life begets a venom with an elemental power that threatens the whole town. 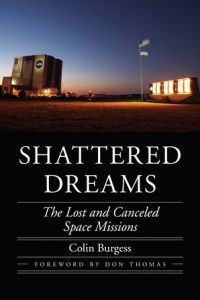 Shattered Dreams delves into the personal stories and recollections of several men and women who were in line to fly a specific or future space mission but lost that opportunity due to personal reasons, mission cancellations, or even tragedies. While some of the subjects are familiar names in spaceflight history, the accounts of others are told here for the first time. Colin Burgess features spaceflight candidates from the United States, Russia, Indonesia, Australia, and Great Britain.

Shattered Dreams brings to new life such episodes and upheavals in spaceflight history as the saga of the three Apollo missions that were cancelled due to budgetary constraints and never flew; NASA astronaut Patricia Hilliard Robertson, who died of burn injuries after her airplane crashed before she had a chance to fly into space; and a female cosmonaut who might have become the first journalist to fly in space. Another NASA astronaut was preparing to fly an Apollo mission before he was diagnosed with a disqualifying illness. There is also the amazing story of the pilot who could have bailed out of his damaged aircraft but held off while heroically avoiding a populated area and later applied to NASA to fulfill his cherished dream of becoming an astronaut despite having lost both legs in the accident.

These are the incredibly human stories of competitive realists fired with an unquenchable passion. Their accounts reveal in their own words—and those of others close to them—how their shared ambition would go awry through personal accidents, illness, the Challenger disaster, death, or other circumstances.

Unlikely Heroes : The Place of Holocaust Rescuers in Research and 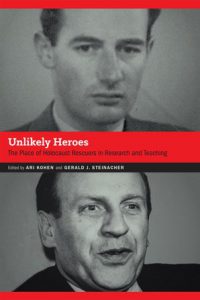 Classes and books on the Holocaust often center on the experiences of victims, perpetrators, and bystanders, but rescuers also occupy a prominent space in Holocaust courses and literature even though incidents of rescue were relatively few and rescuers constituted less than 1 percent of the population in Nazi-occupied Europe. As inspiring figures and role models, rescuers challenge us to consider how we would act if we found ourselves in similarly perilous situations of grave moral import. Their stories speak to us and move us.

Yet this was not always the case. Seventy years ago these brave men and women, today regarded as the Righteous Among the Nations, went largely unrecognized; indeed, sometimes they were even singled out for abuse from their co-nationals for their selfless actions. Unlikely Heroes traces the evolution of the humanitarian hero, looking at the ways in which historians, politicians, and filmmakers have treated individual rescuers like Raoul Wallenberg and Oskar Schindler, as well as the rescue efforts of humanitarian organizations. Contributors in this edited collection also explore classroom possibilities for dealing with the role of rescuers, at both the university and the secondary level. 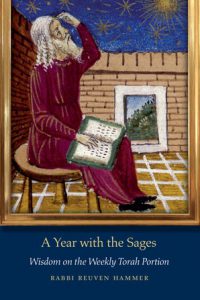 A Year with the Sages uniquely relates the Sages’ understanding of each Torah portion to everyday life. The importance of these teachings cannot be overstated. The Sages, who lived during the period from the fifth century BCE to the fifth century CE, considered themselves to have inherited the oral teachings God transmitted to Moses, along with the mandate to interpret them to each subsequent generation. Just as the Torah and the entire Hebrew Bible are the foundations of Judaism, the Sages’ teachings form the structures of Jewish belief and practice built on that foundation. Many of these teachings revolve around core concepts such as God’s justice, God’s love, Torah, Israel, humility, honesty, loving-kindness, reverence, prayer, and repentance.

You are invited to spend a year with the inspiring ideas of the Sages through their reflections on the fifty-four weekly Torah portions and the eleven Jewish holidays. Quoting from the week’s Torah portion, Rabbi Reuven Hammer presents a Torah commentary, selections from the Sages that chronicle their process of interpreting the text, a commentary that elucidates these concepts and their consequences, and a personal reflection that illumines the Sages’ enduring wisdom for our era.

Pictures and Synopses from the University of Nebraska Press website: https://www.nebraskapress.unl.edu/