The other day I came across a forum called “How to Deal With Flaming Trolls”. I won’t link to it here because the content took a turn about halfway through. But it is an important topic. 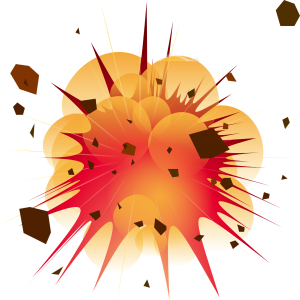 Lifewire defines ‘flaming‘ as a “means to attack someone verbally online…flaming is about hurling insults, transmitting bigotry, name-calling, or any outright verbal hostility”. The meaning of ‘trolling‘ seems similar, but “an internet troll is an abusive or obnoxious person who purposely seeks to get a rise out of others, either online or in real life”. Basically, a troll is a habitual flamer. You can see how the forum took a turn halfway through.

Anyway, different online platforms will deal with flaming and trolling in different ways. Many private, moderated forums will have a written policy for this situation. A good example is Mozilla’s Forum Etiquette ground rules. Their number one rule is to “Be Civil: No personal attacks. Do not feel compelled to defend your honor in public. Posts containing personal attacks may be removed from the news server”.

I like this example because Mozilla didn’t use any special jargon to remind people to be a good person. They also firmly reminded users not to rise to the bait to try to “defend their honor in public”. Being unjustly defamed in public is a big cause for flame wars. For bonus points, read the “Let Sleeping Dogs Lie” section. Wise words Mozilla. Wise words. 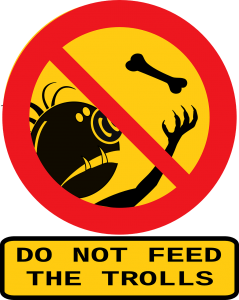 Mozilla’s Etiquette guide also does a great job of reminding people to ignore trolls and flamers. It does more harm than good to engage in cyclical discussions. But there is one thing I would like to point out: this forum is mostly used by adults.

Many libraries deal with teaching children and teens online etiquette and cyber bullying prevention techniques. Much of this behavior occurs on social media or on forums that are not closely monitored. Many of us also know that impulse control is not always well-honed at this age.

Etiquette rules are more important and need to be monitored and enforced more closely at this age. Practice, repetition, and positive reinforcement is also helpful. We also can’t focus solely on our younger patrons. People of all ages could use a reminder of how to treat others respectfully, especially when we can hide behind a digital avatar.

Here are a few resources to learn about cyber bullying, flaming, and digital etiquette:

BrainPop has a combination of free and paid Digital Etiquette resources for educators. These are nice to have because they are animated and gamified for younger learners.

This entry was posted in Uncategorized. Bookmark the permalink.

One Response to Pretty Sweet Tech: Flame Wars and Trolls, Oh My!