The Data Dude on the Human Library 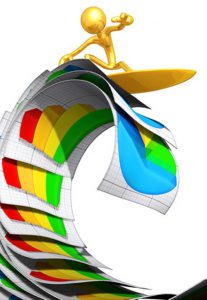 In order to meet the constraints of posting something at least weekly, sometimes these things need to venture out into the non-data world. Today is one of those days. Recently, the Dude was reading some news articles about human library projects. What a great idea for a library program. For those of you who might be unfamiliar with such an idea, as far as the Dude can tell, it originated as “Menneskebiblioteket”, the Danish word for Human Library, in Copenhagen in 2000. The idea is pretty simple. The “library” consists of various “books”, which aren’t books at all, but rather just different types of people, or people that have had different experiences and who are willing to share those experiences or knowledge with someone else. Some of these different people who are mentioned on the Human Library website include: naturist (no, that’s not naturalist, but maybe there’s one of those too), young single mother, solider (PTSD), Autism (ASD), Bipolar, Muslim, Unemployed, Refugee, and Homeless). Now if you are interested in such a program, you needn’t invest a lot of cash into purchasing or (in the spirit of the eBook model) leasing these “books”. Rather, it might be a fairly safe bet to say that these people already exist in your community. What a great program for kids. Perhaps you have WWII, Vietnam, or other veterans in your community? Check them out for an hour. Maybe the library could dedicate a space where the checker outer would have to buy the “book” a lunch or something. Make it worth their while. Although the Dude guesses that most of the “books” would definitely do this for free. It may take some coercion, though, as many of these people most likely have a degree of modesty (except for the guy who boasts that he was a big wave surfer, before he injured his knee of course). The most obvious byproduct of this is the connection that forms between the checker outer and the human book. Ideas are exchanged. Lives may be changed. The library is the facilitator. While perhaps listening to someone publically speak about their experiences may certainly be transformative, this type of a program is interactive because it’s a one on one conversation. And, let’s not fail to mention that you may be able to drum up more interest among those wanting to be “books” because they only have to do the one on one (no large crowds). Finally, the library involvement in this is merely the middle man, or the space provider, so let’s call it a low investment program. Shaka.

This entry was posted in General, Library Management, Programming, Uncategorized. Bookmark the permalink.